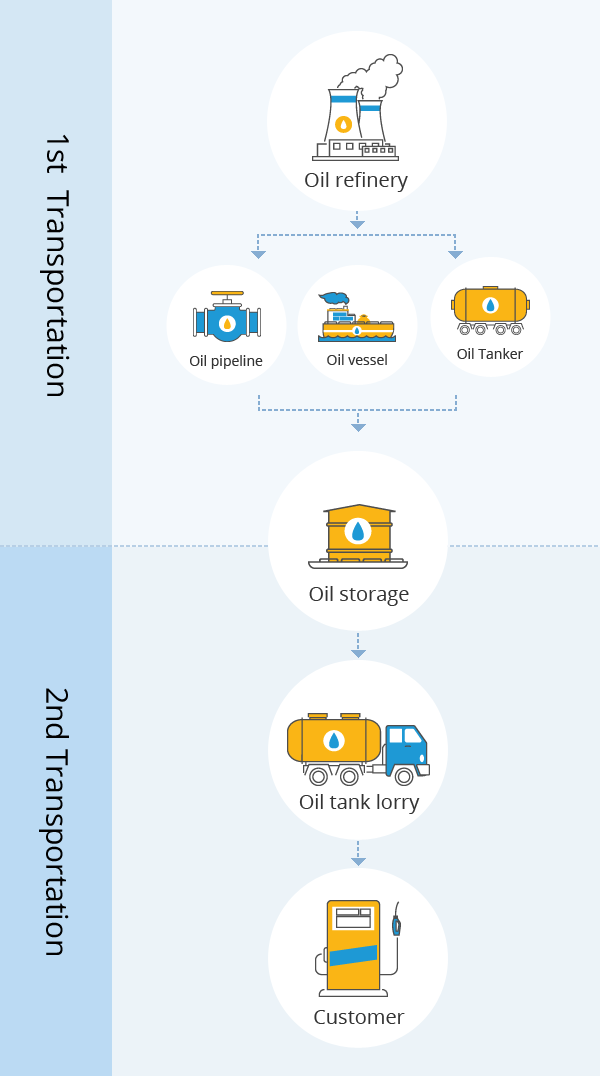 It has the effect of reducing the indirect investment cost by 3% reduction in traffic and density, and mitigating the port burden by transporting 70% of the unloading volume of Incheon Port to the pipeline.

The terminal and pipeline capacity reaches 4.4 million barrels, resulting in a stockpile equivalent to 6 days' consumption of light oil in Korea.

The anxiety factors in oil supply and demand due to traffic congestion, road breakage and pollution(noise, air, marine) are reduced, resulting in 93,000 tons of carbon dioxide reduction effect. It is the same effect as the planting of 33,480,000 trees.

With underground pipeline, land can be used for roads or arable land. It causes a riffle effect leading to maximization of land use efficiency and establishment of an oil supply system in case of emergency and balanced regional economic development by facilitating supply and demand of petroleum in major base cities.